This Is Us: this is refreshing

Spiritual Gifts: How Fast Can You Run? 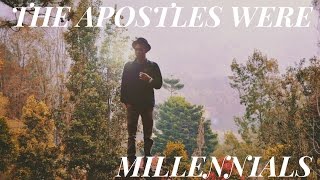 The Apostles Were Millennials: Part 1

This Is Us: this is refreshing

My wife and I love the TV show "This Is Us." It's refreshing to see a show that exalts a patriarch figure that leads a legacy of chivalry and self-sacrifice, while not being afraid to tackle his weaknesses to make his family stronger.

Popular social issues such as racial diversity, homosexuality, divorce, adoption, promiscuity, women empowerment, greed, and others are handled without the extreme brand of bias, arrogance and political correctness that is forced into just about everything that comes from Hollywood. I can't even walk away from even a children's movie without feeling some level of white guilt, offense on my family values, or shame for my socioeconomic status (i.e. Zootipia).

True, the show is emotionally manipulative at times. But I'd rather have my emotions manipulated, than my mind poisoned. If at the end of each episode I feel like being a better father, adopting a child, loving my wife more selflessly, being kinder to obese people or those struggling in homosexuality - then pass the tissues.

In a culture so eager to erase Christian values, It's nice to see many of them exalted in a prime time TV show.